Tom Lloyd is the author of the smash-hit Twilight Reign series, and Moon’s Artifice. I blackmailed him into giving us this exclusive interview. It’s full of insight and secrets on how to become an international fantasy author – or your money back. Enjoy! 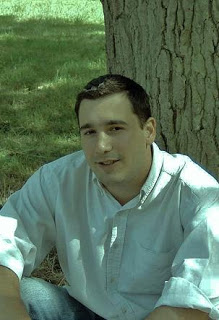 1. Tom, your books (The Stormcaller, Moon’s Artifice, etc) are pretty hefty. How much does size matter in fantasy, do you think?
That’s a tricky question. For my part, a book should always be the right size for the story you’re telling. So Dusk Watchman was 230k because it was the culmination of the series, followed multiple threads and had a huge cast. A fantasy novel shouldn’t be that big just for the sake of it, for a start they’re a lot of effort to write! The one I’ve just done the draft for is currently 145k – long by some standards maybe but still my shortest novel ever because it had no need to be longer.
Size is useful though. You’re often dealing with nation-spanning plots if not more and to pretend there are only three people and a donkey involved is a bit weak. Then you’ve got the fact there’s often more explaining/describing in secondary world fantasy, some things will take longer, but as my friend David Devereux was fond of saying, you get paid the same royalty no matter how long the book is. Value for money doesn’t really figure and some books, like the Fell Sword or The Twelve, I can’t summon the energy to read partly because they’re likely to be as long as book 1!
2. Of all your books, do you have a favourite… or do you love all your children equally?
I suspect I could give a reason for each one as to why it’s a favourite! Stormcaller was a my big break (and it’s the one still earning me money) so for sheer ‘holy crap I’m an author’ that’s hard to top, but I do love them all equally. They’re all part of me so it’s hard to pick one out. I don’t think I have a stand-out book of my career, yet…
3. Readers always ask authors where they get their ideas or inspiration. Do you have a muse? What’s your secret?
My muse is a short attention span, an inability to concentrate. I couldn’t really say where I got most of my inspiration, it’s usually random thoughts popping into my head that bounce around in there – occasionally wondering how I’d do X differently, but my attention span means I’m usually hopping back to those random thoughts all through the day.
4. Who’s your favourite fantasy author now deceased? Why them?
I’d have to be unoriginal and go with Tolkien – many of the writers from past generations, Dunsany or whoever, didn’t exactly have the most engaging style – it feels like it’s from a different era and it can be really dull to read. Tolkien or MR James are just a pleasure to read, and read aloud too, which really sets them apart in my head. I did adore Redwall though…
5. Who’s your favourite living fantasy author and why (apart from Tom Lloyd or A J Dalton)?
Probably Steven Erikson – the Malazan series has the most breathtaking scope and ambition. There are flaws, try writing anything of three million words without flaws, but still it’s a stunning achievement.
6. What’s the best thing about being an author?
That I’m just wearing pants right now.
Ahem, best thing? Seeing your books on the shelves and having people tell you they loved your work. That’s one hell of a sense of achievement right there.
7. And the worst?
Only one?! Most of us can only afford to be sitting here in their pants… The uncertainty, the tragic lack of money, the frustration, the ruined eyes and back. In some ways the uncertainty for me. I’m 50% professional writer, in terms of income. In two years I could not have a career any more. With a mortgage and a family that’s a miserable thing to have hanging over you.
8. What are you currently working on that you can tell us about without then having to kill us?
Plans to harvest your ears and fingers. Damn, secret plans…
I’m edited Old Man’s Ghosts at the moment, the follow-up to Moon’s Artifice, and in the process of working out what happens after that – or rather, which project is the one publishers want and will pay the bills!
9. If people want to find out more about you, what sites do you maintain and what’s your handle on Twitter?
The facebook Tom Lloyd page is a useful place for me, simply because most people are on facebook so there’s not so much accessing elsewhere to interact with me – if only facebook weren’t deranged morons who now limit how many people ever see posts by me… My twitter handle is @tomlloydwrites and is the best place for direct chatting, but of course it’s limited in length so announcements end up through facebook or mirrored on my ancient and neglected Livejournal
10. What question have I not asked you that I should have done? And what’s the answer?
Which author would I most like to collect the ears and fingers of? You probably should have asked me that. Or where am I right now, that’d have been useful.