Well, I watched the first three episodes of The Terror on the BBC. That seems like giving it a fair crack, really. It certainly breaks the ice. LOL. It tells the historical tale of the ill-fated British ships named The Erebus and The Terror which sought to discover the North-west Passage back in the 1840s. This puts us in mind of one of the key sub-plots of the novel Frankenstein, of course. We are expecting some sort of monstrous horror from the off, therefore.

One of the producers is Ridley Scott, so it should have some chops, right? Well, the setting in the icy wastes is convincingly done. The costuming and the claustrophobic life on the ships is beautifully evocative of the era. The dialogue is interesting and engaging, and the internal politics are diverting, and they do build a sense of tension. The cast is top-notch. So what’s not to like?

Sadly, this series provides us with its own spoilers right from the beginning. It states several times over in the opening sequence that everyone ends up dying or disappearing. And the start of the second episode makes sure to hammer it home yet again. Therefore, we’re just sat waiting to see each of the characters die in a fairly anti-climactic manner. The episodes do try to create ‘spooky’ moments that cannot be rationalised, but then we understand that there’s just a big polar bear on the loose and killing everyone. Oh. So what? The polar bear might be controlled by a vengeful Inuit. So what? But the manner of the deaths seems poetic and symbolic of the individual’s own sins punishing them. Yeah. So what? AND WHERE’S THE TERROR IN ANY OF THIS?

Sheesh. What a waste of time and money. The series would have done far better to get writers who understand the plot-beats and mechanics of horror. I really wouldn’t bother with the show if I were you. But that’s just my opinion. 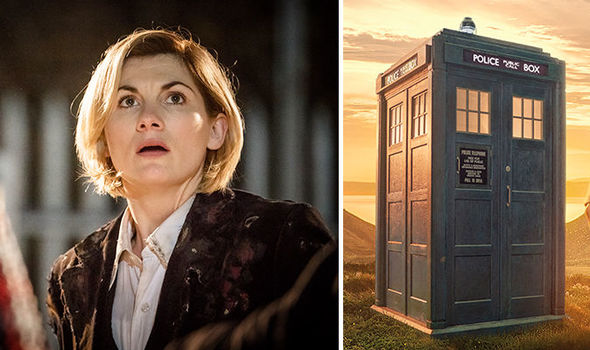 Doctor Who has suffered the worst viewing figures since Colin Baker was Time Lord in 1986 – but star Jodie Whittaker insists she is not ready to quit yet. Sunday’s episode, Nikola Tesla’s Night of Terror, was watched by 4.04m people – the eighth worst showing in the show’s 57-year run – as fans (including 12-year-olds!) branded the new series ‘badly written’. But Whittaker vowed to carry on, saying: ‘I absolutely adore it.’ [Story as reported by The Metro and a local school.]