A J Dalton is interviewed and all his ugly truths are exposed, including his more than passing familiarity with Satan! Fie, for shame! #Satan #TheDarkLord #authors #authorconfessions #horror #sciencefiction #fantasy #MondayMood

Argh! Don’t look at it. Put out your eyes! Don’t tell anyone. Bite out your tongue! https://www.lunapresspublishing.com/post/interview-with-aj-dalton-by-megan-bond

From The Satanic in Science Fiction and Fantasy!

The history of fantasy – a short video #fantasy #sciencefiction #creativewriting

It all started with the Bible!

Posted by A J Dalton on March 7, 2020
Posted in: A J Dalton, metaphysical fantasy. Tagged: caturday, fantasy, Satan, science fiction, The Satanic in Science Fiction and Fantasy. Leave a comment

Cleopatra the cat has just picked up arcane Satanic secrets from my new book. She is now ready to tyrannise all humans (and mice)! Run for your lives! Or arm yourself with your own secrets by picking up a copy here!

What an odd film. The first thirty minutes were entirely meandering, with barely a plot of consequence that could be described. There was no natural rapport between the lead actors (Chris Hemsworth and Tessa Thompson), and the presence of Liam Neeson and Emma Thompson could do nothing to help the entirely flat script. If the movie hadn’t been a xmas present, and if I hadn’t been tipsy and full of bonhommie, I think we would have switched it off… which would have been a shame, cos the later half of the movie is an absolute blast, tightly constructed and strangely compelling. It was as if a different director entirely had suddenly been brought on board. There’s a key ‘regrouping’ scene in the desert, when Chris and Tessa are stranded and forced to confront their issues. Their conversation is entertainingly facilitated by a tiny (CGI) alien known as Pawnie – who up till that point has been the most engaging of all the characters we’ve met. It’s like they’re having a crisis meeting with the script-writers and director, actually. Anyway, it works, things are resolved, we move forward and the ‘ride’ really and literally begins.

The scenario? Er… well, the Hive are threatening to invade (yet again), but there’s a macguffin item they need to get control of first, a macguffin that has fallen into Tessa’s hands (conveniently) but which causes all sorts of baddies to pursue her. Same plot as all the other movies? Yup. There is an added dimension to this movie, however, in that there’s a mole in the Men In Black organisation. We’re kept guessing as to who the mega-baddie really is… and it could well be Chris himself. Or Pawnie. Or Liam. Or Emma. Or Agent C. And, in the second half of the movie, there are some nice jokes (none are belly-busters, but they’re good enough). Overall… the first half of the movie scores 3 out of 10, and the second half scores 8 out of 10. Weird. If you enjoy the MIB franchise, it’s probably worth your while. 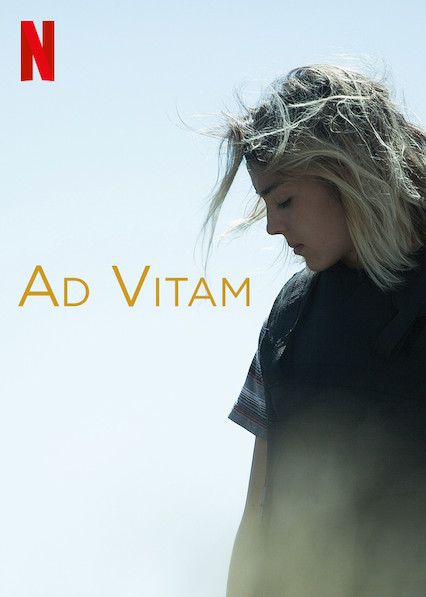 Humankind now regenerates – using stem-cells to renew and refresh the body – to the extent no one dies anymore. The oldest human on the planet is 169 and she looks no more than 30yrsold! Of course, if no one dies anymore, population control becomes a serious problem. Truly young people just can’t get space to live in. They are disenfranchised by those older than them… and then the waves of suicide begin: hopeless young people, guilty old people, the religious, and so on.

Our protagonist is a grizzled cop (he doesn’t regenerate enough because it gives him headaches) aged 119yrsold. He’s been a copy for 100 years – ennui and disillusionment don’t even begin to cover it. When 7 young people turn up dead on a beach, he’s tasked with uncovering a particularly sinister suicidal cult known as Saul. He uses a cult survivor to try and get inside the group based at The Church of Glorification – and outfit that is anti-regeneration and believes in natural ageing and death.

Ad Vitam is actually a French series with subtitles, but you the show is so immersive that you won’t even notice the subtitles. It’s compelling, fascinating in an awful way, and disturbingly credible. Because of that – there are content warnings on the show. I love the show – the ideas are well articulated, philosophically coherent, and entirely accessible. Being French, the whole thing is stylish, ubercool and… sexy in a typically Gallic way.

A couple of nice points. Living so long, people get very bored of their jobs and ‘retrain’ every ten years or so… but not our cop friend. Living so long and always being young, people can have kids no matter their age… but having kids is kinda selfish… and society is about to vote to have a ban on having children!!! What sort of world would it be if we were all immortal but there were no kids? People don’t really understand what death means in an everyday way anymore. So, our cop has to explain to a mother that her daughter has committed suicide, but the mother simply can’t comprehend what it means.

If you like intelligent, moving scifi, then Ad Vitam is for you. It gets 8.5 out of 10 from me. You can find it on Netflix. And it’s FAR BETTER THAN BRAD PITT’S TERRIBLE MOVIE Ad Astra. Go Ad Vitam!

Satan, Dracula, Sauron, Lord Foul, Darth Vader. The motif of the Satanic Dark Lord is ever-present in science fiction and fantasy, a malign intelligence seeking to thwart the Chosen One.

In the literature of the 1980s and 90s, the Dark Lord is always defeated. However, post-millennium, there are signs that he has finally begun to get the upper hand, as we witness his change from anti-hero to hero.

Like it? ‘The Satanic in Science Fiction and Fantasy’ is now available for (pre-)ordering on Amazon. Come on, keep the faith and support your struggling writer friend Adam. And the brave publisher Francesca Tristan Barbini! It might just save the entire world, and your soul to boot!
https://www.amazon.co.uk/…/dp/1913387…/ref=tmm_pap_swatch_0…

The visuals (including Brad Pitt) are very pretty. And the soundscape is impressive. But that’s not enough for a movie to be great.

During the title sequence of the film Ad Astra, we’re told that the name of the movie means ‘to the stars’. Let’s be clear: this film doesn’t even get past Neptune. It doesn’t get to the one star in our galaxy: namely, the Sun. Don’t go expecting a science fiction movie, basically. Yes, it may be set in the near future, but the movie is far more about ‘inner space’ than ‘outer space’. And it’s not a very interesting inner space at that, cos it’s all a Freudian story about the dominant dual-father (the space hero who monstrously abandons his family), a quest to ‘kill’ off the father (Oedipus style), phallic rockets and self-actualisation/self-birth. Come on, people! That’s the sort of claptrap that science fiction was peddling aeons ago! Things have moved on way beyond that.

By definition, then, the movie is extremely self-indulgent. If you are an aficionado of science fiction, you might not want to waste your time and money on Ad Astra. It scores 7 out of 10 from me (cos it’s pretty, I was engaged, and I didn’t mind the ending). Amen

As evil as it gets… #fantasy #sciencefiction #evil #Satan 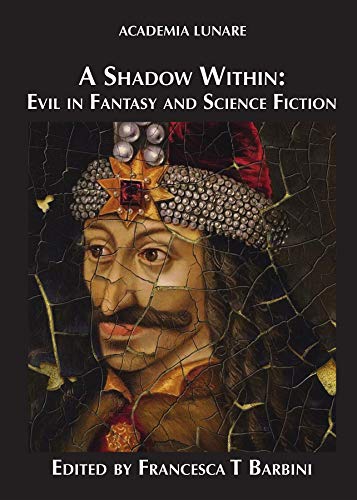 Here’s the jaunty new collection of essays from Luna Press, about the changing nature of evil in fantasy and science fiction. You can read about how the Dark Lord (Satan, Darth Vader, Dracula, Sauron, Lord Foul, etc) emerged and ultimately became the (anti-)hero of the piece. Or how the Chosen One rose up, only to be considered too wimpy by more recent generations of reader. In a nutshell, each sub-genre of fantasy (dark fantasy, urban fantasy, epic fantasy, high fantasy, grimdark fantasy, etc) tends to have its own distinct version of evil, based upon the socio-historical values that specifically inform that sub-genre. Plus, there’s a superior essay by yours truly in the anthology. Get your copy here: https://www.amazon.co.uk/Shadow-Within-Fantasy-Science-Fiction-ebook/dp/B07QNCXK6Y/ref=sr_1_3?keywords=francesca+barbini&qid=1565771312&s=books&sr=1-3 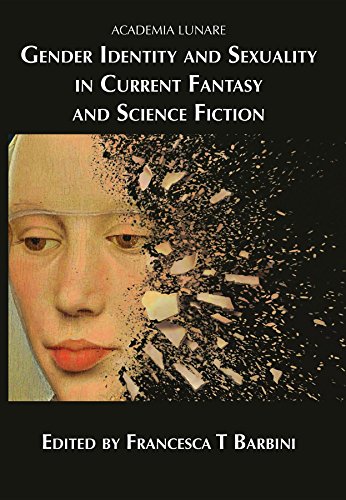 Here’s a rum do: I wrote an academic essay on gender identity and sexuality in science fiction and fantasy, and the collection it was published in won the 2018 British Fantasy Award for non-fiction. Woohoo. No prize money, not even a tin trophy for my mantlepiece… but karma points praps.

The collection from Luna Publishing (@LunaPressGlobal) is ‘Gender Identity and Sexuality in Current Fantasy and Science Fiction’.