Why the critics are wrong: review of The Circle #TheCircle #EmmaWatson #DaveEggers #JohnBoyega #moviereview #TomHanks 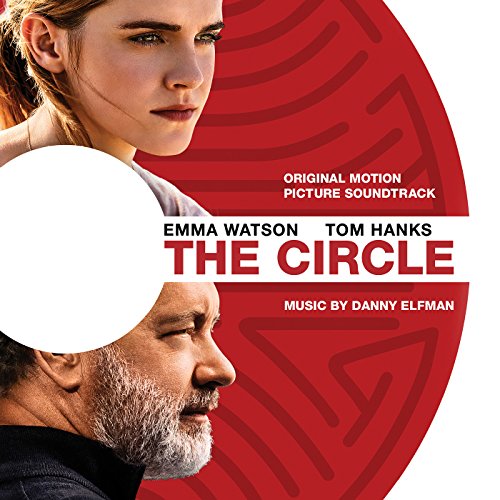 So, the movie of The Circle (adapted from the popular Dave Eggers book) got really panned and hammered by the critics (and some audiences) when it was released last year. It scored 43% on Metacritic and a measly 16% on Rotten Tomatoes. In fact, it was so universally trashed that I didn’t go and see it at the cinema, despite my initial inclinations to do so and my partner having enjoyed the novel immensely.

I love a bit of speculative future, near-future or cyber-thriller stuff. Indeed, we don’t get as much of it as I would like… because, apparently, such films go out of date very quickly, end up looking quaint and simply do not have enough of a ‘long-tail’ audience (people watching it even several years after it is made). Hollywood, according to what I have read, has really backed away from the real-world techno-thriller genre. In fact, there are so few films in this genre nowadays, that when I was idly looking for something to watch on Netflix, there was pretty much only The Circle available. Ironic, huh?

‘Can it really be as bad as all that?’ I wondered to myself. I mean, it stars Tom Hanks, Emma Watson, Karen Gillan and John Boyega, to name but a few. And it’s based on a cult novel. So I decided to watch this tale of a young woman deciding to work for the world’s biggest social media company (very Facebook, obviously), where all she has to do is ‘like’ or ‘dislike’ content, answer user questions… and share information about her own life. Indeed, she has to share more and more about herself, and receives poor performance ratings in her work if she doesn’t continue to share. Not sharing is considered to be a form of secrecy, lying and theft. Those who do not start sharing everything (who do not go ‘fully transparent’) are considered to be criminal or up to no good. A bit predictably, we then come to learn that the Circle has sinister intentions, wanting universal surveillance and control of the population. It does it in the name of a single-access and global democracy movement/goal – making it an entirely hypocritical or immoral organisation.

The movie, given how both Cambridge Analytica and Russia used Facebook to effect the US elections and the Brexit vote, has particular resonance today. Yes, it might feel slightly ‘after the fact’ now (out of date), but it also feels authentic and prescient. At moments, it is a bit expository and patronising in how it explains arguments for and against social media. But, at the same time, it riffs convincingly on the popularist style used by the likes of Steve Jobs (exposing how likeability is used to manipulate us all) and on the positivity that is so demanded by Amercian culture (exposing how it ‘forces’ people to endorse things they do not necessarily agree with). This movie, like the novel, very much understands how social media prioritises ‘style over substance’ in order to keep us off-balance. It very much understands, and is largely successful in describing, the world we live in today and the dangerous direction in which we are heading. Legislation needs to be brought in now if we are to be properly safeguarded (from ourselves and those with an agenda that is not too philanthropic, let’s say).

So, the film has intelligent content, even if it slightly struggles to adapt the text-driven nature of its original novel. Indeed, if the film had been shown more respect and paid more attention when it came out, we may not have ended up in the current mess. We wouldn’t have had to witness Zuckerberg apologising to government committees with admissions that ‘We got it wrong’ and ‘We were naive’.

Why then did the critics and certain audiences slam the film so badly when it came out? Because they wanted to hate it, that’s why. They wanted to reject the message of the film. They were in denial about what was going on in the world. They had already been manipulated by social media companies just like the Circle. Spoooooky!

That final irony, for me, says there is something valuable and worthwhile about the movie of The Circle. It is fun and fluffy, but it is also a touch thought-provoking and deliberately dissatisfying. Don’t let the critics tell you what to think. Fight them! Anyway, it scores a 7.5 out of 10 from me.